Hana Mangat, 17, is a junior at Winston Churchill High School in Potomac, Maryland. In 2012, she co-founded the youth-run organization, Sikh Kid 2 Kid, with the mission of eradicating ignorance with the power of education. Through Sikh Kid 2 Kid, she has played a key role in developing and implementing a cultural and religious literacy training program for educators. Hana is also the president of her class, the founder of Cultural Society, an active public speaker for bullying prevention initiatives, an officer of the Minority Scholars Program, and a delegate of the Anti Defamation League’s National Youth Leadership Mission.

Sometimes the world just seems like a wallowing pit of despair: families are torn apart, children starve, and innocent people die. So in a universe in which bad things happen to good people, why do we smile?

Don’t get me wrong, if you were to look up the word “optimist,” you would likely find a picture of me. Yet, I wondered what it was that got my peers and me through the days that felt like the sky was falling. I interviewed anyone and everyone willing to talk to me, and I asked them 3 questions, hoping to get an understanding of the basic goodness that I want to believe exists in the world.

1) What is the nicest thing someone has ever done for you?

“Oh my god…well now I’m like nobody has ever done anything nice for me ever.”

Everyone was taken aback by this question, because as one person put it, “I mean I don’t want it to just be mediocre nice.” In the least creepy way possible, it was so interesting to watch people rack their brains, remembering the great things that happened in their life, while nervously hoping that they met my standards of “niceness.”

I heard a variety of really wonderful stories. Some were as simple as “Uh I don’t know given me food…’cause I like food” while others talked to me about their friends surprising and supporting them through injuries, loved ones putting incredible thought into special birthday presents, and people going out of their way to make bad days a little brighter.

The interviews in which people spoke about the more general actions or patterns that made them happy seemed to stick out the most. For example, after struggling to find something to share with me, one interviewee’s eyes lit up. As an up and coming film director, my peer told me of how supportive her friends had been of her passion. She explained, “It’s nice because sometimes it gets weird saying you wanna go into film because it’s just kinda different I guess. And everyone’s like ‘You can actually do it’ and it helps boost my self-esteem sometimes because I’m like ‘Wow, maybe I can actually do it.’”

Overall, people’s reasoning for why certain events or actions made them so happy were quite similar. They were “touched that somebody cared enough” to make an effort to make them happy. Many people pointed out that often “it’s the little things” that go the longest way.

2) What is the nicest thing you have ever done for someone else?

This was a very funny question for many reasons, but mostly because as teenagers a lot of us said, “I feel like the nice things I do for people are things you can’t really talk about.” While I will leave that up for interpretation, my purpose in asking this question was more to understand why we do nice things rather than judge how kind the people I interviewed are.

One person shared a camp story where they traded shirts with a little girl who had spilled orange juice all over her white camp uniform. When I asked her why, the counselor explained that she “didn’t want [the camper] to feel in any way less than others.”
Another peer told me, “If I ever have a friend that needs somebody to talk to, I will gladly be that person. If they are ever down, I will gladly help them.” They, like many others, didn’t have a specific reason of why they did this but rather they told me they “just care about other people.”

It was almost comforting to me that people had trouble explaining why they did the nice things that they did. Everyone had a very similar struggle of wanting to put it into words, but not knowing how to. Some felt obligated to do nice things, while other just simply did them – and I love that. What makes me smile is knowing that people I go to school with and even just share oxygen with, still do have kind hearts.

3) What makes you happy?

Food. Sports. Sleep. Reading. Nice weather. As you would imagine, this broad-ended question received a variety of responses. A common one, however, was supportive friends.

A peer explained that what made her smile was “just knowing that [she] had a support system so whenever [she was] feeling down [she] had at least someone to go to.” She continued to elaborate on how learning to let things go made her happy. She described this self-liberating philosophy to be happiness-inducing because of “the lack of pressure to be perfect.”

I could not agree more.

As I continue to reflect on the interviews, I cannot help but simply be excited for life. How incredible is it that we live in a universe with people that simply want the best for others? I know that the world is far from perfect, but I did warn you that I was a “glass full” type of girl.

Answer these same 3 questions and, the next time it feels like the world is ending, read your answers and get excited for life. 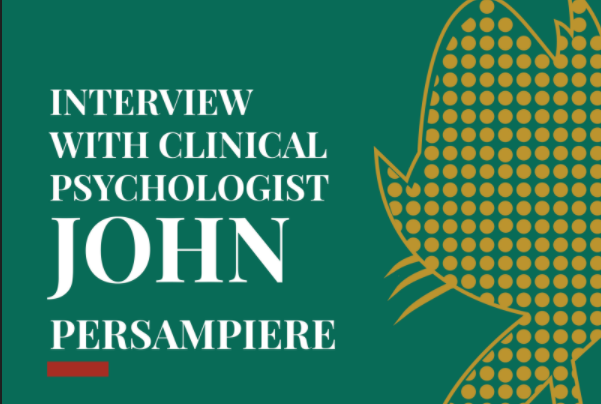 How Music Can Heal Anxiety